What offers can I find in Cardiff?

Find the best discounts offered by your favourite shops in Cardiff on Tiendeo. See the flyers from Argos, Aldi, Lidl and don't miss out on any online discounts. Here on Tiendeo, we currently have 406 active catalogues in Cardiff and 2021 shops.

View all the shopping centres
Cardiff 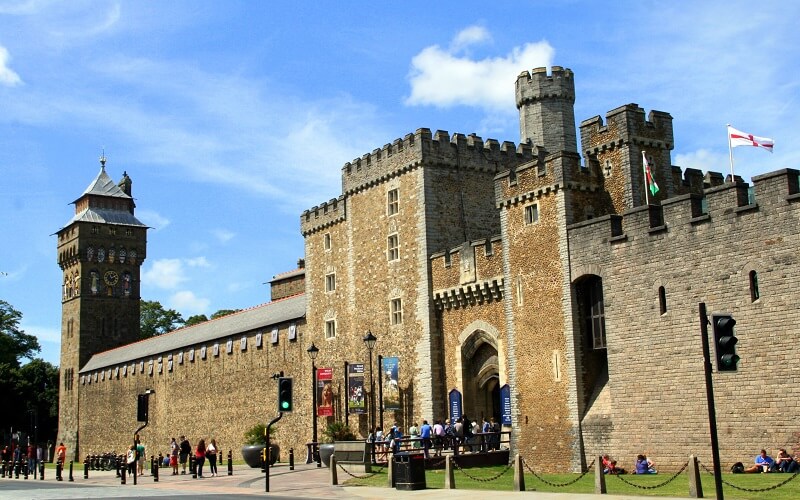 Cardiff: Tourism, shopping and much more!

Cardiff has the impressive reputation of being both the capital and largest city in Wales (and the 11th largest in the UK). Located only a 3.5 hour’s drive to London (in an eastern direction), the city is home to four major higher education institutions: Cardiff University, Cardiff Metropolitan University, University of South Wales and the Royal Welsh College of Music & Drama.

Cardiff’s weather can be described as mild (often cloudy, wet and windy), thanks to its maritime climate. The county’s higher (and northern) parts tend to be cooler and wetter than in the city centre, as they’re situated more inland.

But what do the local population and visitors get up to in Cardiff? Well, there’s always the option of touring Cardiff Castle, which was built on top of a Roman fortification that’s nearly 2000 years old! Considering it’s one of the most romantic and best-preserved castles in the UK, it makes sense that Cardiff Castle remains a favourite among tourists.

For those who prefer to be outdoors, we recommend Roath Park. Opened in 1894 as one of Cardiff’s first public parks, the area has managed to maintain its uniquely Victorian vibe to this day. And did we mention its sheer size of 130 acres which includes trees, shrubs, flower beds, an adventure playground for youngsters, plus various sporting activities like tennis and basketball?

If you’re keener on shopping than sporting, Cardiff has a host of malls and centres ready to assist you with some retail therapy. Like St David’s Dewi Sant, located in the city centre’s southern area. Offering an impressive selection of shops (including The Clothing Culture, Oliver Bonas, and Bershka), St David’s remains one of Cardiff’s favourite shopping destinations.

Still in the city centre, we find Queens Arcade on Queen Street. And yes, here you can also drop in to see which special sales or product promotions you’re missing out on, particularly at well-loved and independent retailers like Kutchenhaus, Gorilla War Wear, and Over Seas Apparel.

Built on the site of the former Capitol Theatre stands Capitol Shopping Centre, an indoor design that caters to all your dining- and leisure needs. Bring your wallet and spend the day getting lost in popular spaces like Celtic Brides, The Supp Stop, The Atma Lounge, and others.

Over in Cardiff Bay Retail Park, you’ll find a divine collection of shops (from B&M Bargains and Pizza Hut to JD Sports). Built in 1997, the centre (which also houses the only IKEA in Wales) features a spacious layout of 200,000 sq. ft.

Finally, the Morgan Quarter is one of the city’s oldest arcades, yet still offers an exceptional shopping space right in the heart of Cardiff’s shopping zone. Pop in and see if you can score a discount or weekly special at popular spots like Giovanni’s, Morgan Menswear and Watches of Wales.

Sign up for Tiendeo alerts and ensure you never miss another online catalogue, promotional brochure, or any other specials happening in Cardiff